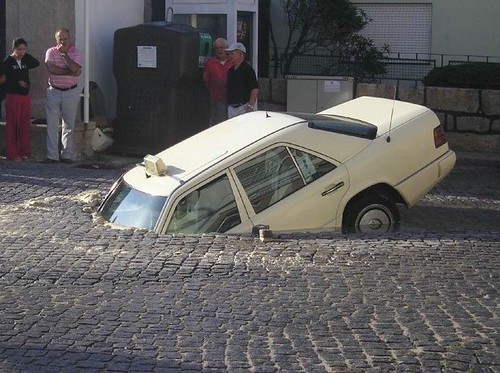 Several automotive sites have reported on a story written in German. The story indicates that Mercedes-Benz plans to unveil a series of three electric concept cars at the Detroit Auto Show in January.

The luxury carmaker has given a nod to the Chevy Volt by emulating the range-extender concept as well, although keeping it in parallel.

The vehicle is known as the BlueZero E-Cell Plus. It will have a rechargeable lithium-ion battery pack that can deliver 62 all-electric miles. The on-board generator will be a Smart ForTwo turbo-charged 3-cylinder engine than can propel the car for an additional 310 miles.

It is different than the Volt in that this generator can both charge the batteries and turn the drivetrain, whereas in the Volt the combustion engine only acts as a generator. So in fact is it an extended range electric vehicle or simply a PHEV with a large AER? The engineering question that remains unclear is whether the combustion engine is used at all points of driving as needed or only when the battery is depleted and it the car is in charge sustaining mode. My inquiry to Mercedes-Benz has not been returned.

There will also be two sister concepts. The pure electric BlueZero E-Cell, which will be smaller and only contains a lithium ion pack without extender, is capable of delivering 124 miles. The Blue-Zero F-Cell will add a hydrogen fuel-cell range extender.

All three are expected to do zero to 60 in under 10 seconds.